There are a few areas in the world where war and conflicts don’t have end. Israeli and Gaza are part of those dangerous areas since ever.

While the rest of the world is focused on the football soccer competitions, the war is close to open its fire on the population living in the Gaza area.

On 10th July new air raids crossed the sky above Gaza, as Palestinians officials refer. The Palestinian officials add that about 80 person died in the south of Gaza, while they were sitting and drinking in a café. On the Thursday, more militants in Gaza started to fire rockets into Israeli as an answer to the offensive attack with the air raids. So, sirens are sounding again in this war zone.

According to the Israeli officials, the target of the military offense were all militants fighter, not really common people. Actually, the danger of military fighters is always very high, because these fighters build up rockets and have other weapons that they use freely to launch attacks to Israeli.

Gaza is a strip of land that borders with the Mediterranean see and Egypt where more nationalities live together. Since 2007 the Gaza strip is under the control of Palestinians who claim the legitimate government on this area of middle east.

In 2012 the ONU gave the official assignment of the Gaza strip to the Palestinians who are de facto those who impose their control on the land.

Palestinians are mostly sunni muslims who have an annual growth of 13% , so Gaza is one of the most densely populated area in the world, within a territory of only 41 km length and from 6 to 12 km wide.

And most people from the world still ignore what happened here, just look at this website to see what really the world is interested in. 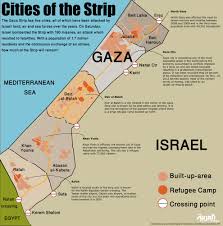 Denmark has extradited a genocide suspect to Rwanda

I Regret Not: I am a journalist in Rwanda

Good that Ouattara is the Cote d’Ivoire President but what about the Colonial Pact?